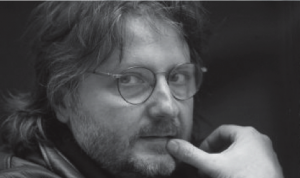 Biography
Vinko Möderndorfer (1958, Slovenia) is a director and writer. He graduated in theatre direction from the Academy for Theatre, Radio, Film and Television in Ljubljana. He directs theatre plays, opera performances and television works. His feature Suburbs premiered in Venice and Montreal and has also been selected for the Karlovy Vary, Cannes, and other festivals. Suburbs has received six international and national awards and was selected for the Variety Critics’ Choice in 2005. Möderndorfer’s feature Landscape N°2 premiered in Venice. It has received eight international and national awards and was the Slovenian candidate for the Academy Award for Best Foreign Language Film 2009.